LONDON, July 19 (UPI) -- British author J.K. Rowling says she is "angry" the law firm that represents her inadvertently leaked to the media the fact she wrote a book under a pen name.

The detective novel "The Cuckoo's Calling" had been attributed to Robert Galbraith, however, Rowling confirmed this week a report saying she was its true scribe.

"A tiny number of people knew my pseudonym and it has not been pleasant to wonder for days how a woman whom I had never heard of prior to Sunday night could have found out something that many of my oldest friends did not know," Rowling said in a statement issued through her publicist Thursday to People.com. "I had assumed that I could expect total confidentiality from Russells, a reputable professional firm and I feel very angry that my trust turned out to be misplaced."

The New York Times said attorney Chris Gossage told his wife's best friend Judith Callegari that Galbraith and Rowling were one and the same. Callegari then divulged the juicy tidbit in a Twitter exchange with The Sunday Times of London.

"Whilst accepting his own culpability, the disclosure was made in confidence to someone he trusted implicitly. On becoming aware of the circumstances, we immediately notified J.K. Rowling's agent," the Russells law firm in London said in a separate statement to People.com. "We can confirm that this leak was not part of any marketing plan and that neither J.K. Rowling, her agent nor publishers were in any way involved."

TV // 15 hours ago
'Echo': Disney+ starts production on Marvel series
May 17 (UPI) -- "Echo," a new series starring Alaqua Cox as the Marvel character Maya Lopez, is in the works at Disney+. 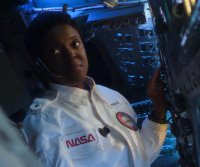 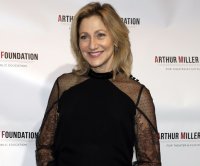 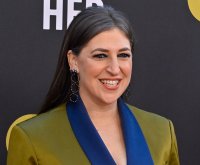