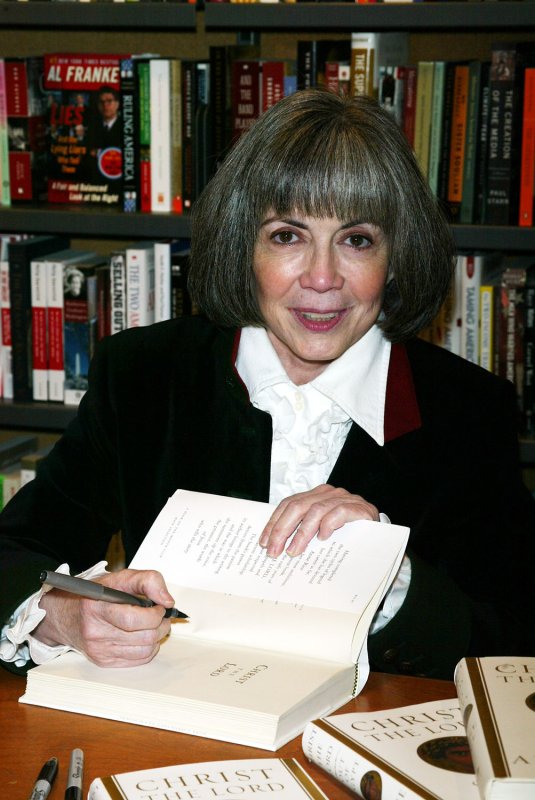 LOS ANGELES, June 25 (UPI) -- U.S. novelist Anne Rice said on Facebook celebrity chef Paula Deen is being "crucified" after she admitted she used the N-word regularly in the past.

Deen, a 66-year-old Georgia native, was fired from the Food Network last week after admitting in a deposition for a lawsuit she used a racial slur regularly at her restaurant in the past. Her remarks sparked a media firestorm and she issued several apologies for her behavior and pleaded for forgiveness.

Her most recent mea culpa has been seen by millions of viewers since it was posted last Friday on YouTube.

Smithfield Foods said Monday it has severed ties with Deen while home shopping network QVC said it is mulling over its relationship with the TV personality.

"I never heard of her until today, and wow, this looks like a crucifixion," Rice wrote online last Friday. "I may be wrong but aren't we becoming something of a lynch mob culture?"

The Los Angeles Times said Rice maintained her position even when an African-American educator from the South wrote to say she was disappointed Rice would defend Deen.

"I'm sorry to disappoint you but I think she's being crucified," Rice said. "The lawsuit is ugly all right, and the brother of Paula Deen comes off as a detestable person. But I don't think Paula Deen should go down over this. I think it's unfair. In more forgiving times, we didn't ask our crude, vulgar self-made achievers to be perfect, or politically correct or to have a faultless cultural or religious pedigree. But times have changed."

Deen is being sued for $1.2 million by a former employee who says the restaurant owner created a hostile work environment by using racist language.

Rice is the author of the popular novels "Interview with the Vampire" and "Exit to Eden."

TV // 8 hours ago
'The Good Fight': Paramount+ series to end with Season 6
May 27 (UPI) -- "The Good Fight," a legal drama and spinoff of "The Good Wife" starring Christine Baranski, will conclude with a sixth and final season.

TV // 1 day ago
'Horizon Zero Dawn' series in the works at Netflix
May 26 (UPI) -- Sony confirmed that PlayStation video games "Horizon Zero Dawn," "Gran Turismo" and "God of War" will be adapted as TV series.