Jean Stapleton, 'All in the Family's' Edith Bunker, dies at 90 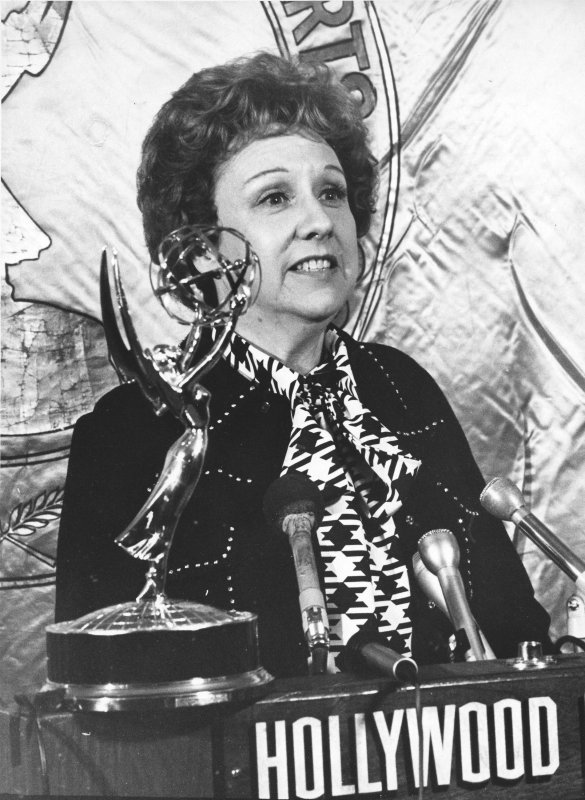 NEW YORK, June 1 (UPI) -- Jean Stapleton, who starred as Archie Bunker's wife Edith in the TV comedy, "All in the Family," has died at her New York home, her family said. She was 90.

Stapleton won three Emmys for her portrayal of Edith Bunker, whose patient and conciliatory demeanor was a counterpoint to Archie Bunker's intolerance and bigotry.

In all, Stapleton was nominated for 10 Emmys.

Born in New York Jan. 19, 1923, to an advertising salesman and opera singer, Stapleton played in summer stock, regional theater and off-Broadway productions before landing roles on Broadway in "In the Summer House" "Funny Girl." She played in both the Broadway and film versions of "Damn Yankees" and "The Bells Are Ringing."

After "All in the Family," Stapleton declined the opportunity play mystery writer Jessica Fletcher in "Murder, She Wrote," but appeared as a guest star in several TV series, The New York Times said.

She appeared in films including "You've Got Mail" and "Michael," and received an Emmy nomination for her portrayal of Eleanor Roosevelt in "Eleanor: First Lady of the World."

Stapleton is survived by her daughter, television producer Pamela Putch, and her son film and television director John Putch, the Times said.