LONDON, Dec. 26 (UPI) -- British actor Dan Stevens has confirmed he will not return for a fourth season of the popular costume drama "Downtown Abbey."

The storyline for Stevens' character was wrapped up in the Season 3 Christmas special of the show, which has already aired in the United Kingdom. It won't premiere in the United States until next year.

"We were always optioned for three years," Stevens told The Telegraph newspaper about his job playing romantic lead Matthew Crawley on the show. "And when that came up it was a very difficult decision. But it felt like a good time to take stock, to take a moment. From a personal point of view, I wanted a chance to do other things. It is a very monopolizing job. So there is a strange sense of liberation at the same time as great sadness because I am very, very fond of the show and always will be."

Stevens can now be seen on Broadway in "The Heiress."

TV // 1 hour ago
'Warrior' renewed for third season, moves to HBO Max
April 14 (UPI) -- In a video tweet by HBO Max on Wednesday afternoon, the cast of "Warrior" announced that the show has been renewed as a Max Original for season three. 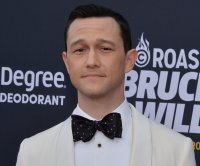