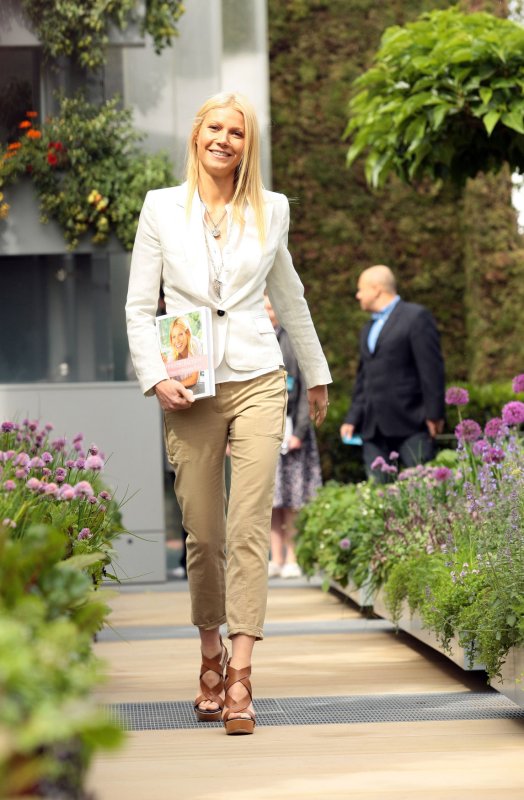 NEW YORK, March 20 (UPI) -- A representative for The New York Times says the newspaper is standing by its story about ghostwriters who pen books for celebrities such as Gwyneth Paltrow.

Paltrow recently denied she had someone pen her cookbook, "My Father's Daughter," as the Times reported in an article last week. A photo of the cover of the actress' book also accompanied the story.

"Love @nytimes dining section but this week's facts need checking. No ghost writer on my cookbook, I wrote every word myself," Paltrow said via Twitter during the weekend.

But the newspaper said its story is accurate.

"The article does not merit correction," a representative for the Times told E! News.

"Twitter and the food blogosphere quickly lighted up, and we heard from a number of people named in the article, including Jamie Oliver, Rachael Ray, Gwyneth Paltrow and Mario Batali," journalist Julia Moskin wrote in a follow-up piece to the ghostwriting report. "All four have acknowledged, in print, working with collaborators on their books -- but all objected to what they saw as the implication that they were not the authors of their own work."

Moskin said she wasn't accusing the authors of "ghostcooking" but rather seeking help in "the routine work of wrestling hot, messy, complicated recipes onto the page in comprehensible English."

"That is cookbook ghostwriting, as I and many others have experienced it," she said. "The food itself, and the story that surrounds it, usually comes from the chef in varying stages of page-readiness."