"Work It" focused on two unemployed St. Louis men who believed the recession and resultant dearth of jobs hit men harder than women and decide to cross-dress and present themselves as female.

But the show was not written by Billy Wilder and it was not "Some Like It Hot." It debuted last week to a 2.0 rating in the adult demo, followed by a 20 percent drop its second airing, EW.com reported Saturday.

The Tuesday night program starring Amaury Nolasco and Benjamin Koldyke was snubbed from the get-go by reviewers offended by the show's slant and attempt at comedy. It was also lambasted by the gay community for the message it allegedly communicated.

The Human Rights Campaign and the Gay & Lesbian Alliance Against Defamation took out an advertisement in Variety using statistics and photographs to press their case on how the show might be misinterpreted by television viewers, EW.com said.

ABC Entertainment Chief Paul Lee responded to the advocacy groups' criticism of the show by saying he didn't get it.

EW.com reported Lee has said in the past that, as a Brit, he appreciates the "cheeky humor" that comes with cross-dressing comedies like the Dustin Hoffman movie "Tootsie." 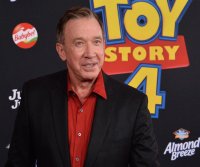