The Dora the Explorer giant helium balloon makes it's debut as it is guided down Broadway during the 79th Macy's Thanksgivings Day parade on November 24, 2005 in New York City. Dora, (UPI Photo/Monika Graff) | License Photo

The hourlong "Dora's Big Birthday Adventure" is set to premiere Aug. 15 at 8 p.m. ET/PT. It follows Dora and Boots on a whirlwind journey through Magic Storybook Land and guest stars Rosie Perez as La Bruja, John Leguizamo as the Flying Monkeys and Hector Elizondo as the Wishing Wizzle.

"For the past 10 years, 'Dora the Explorer' has been a pioneer -- a symbol of empowerment, diversity and education," Brown Johnson, president of animation at Nickelodeon, said in a statement Tuesday. "She has captured the hearts of millions of fans around the world and will continue to inspire and entertain preschoolers for many years to come."

TV // 31 minutes ago
Aidy Bryant: 'Shrill' character's battle 'is never over'
LOS ANGELES, May 6 (UPI) -- Aidy Bryant says the final season of "Shrill" will show her character achieve a modicum of success and self-esteem, but will struggle with those things for the rest of her life.

TV // 13 hours ago
Tommy and Chuckie lead 'Rugrats' in new adventures in Paramount+ trailer
May 5 (UPI) -- Paramount+ released a trailer for its new "Rugrats" series Wednesday. The new series premieres May 27 on the streaming service. 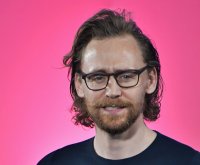