NASHVILLE, March 24 (UPI) -- A businessman is at odds with officials in Centerville, Tenn., as to where to locate statue of comedienne Minnie Pearl while its original home is renovated.

The (Nashville) Tennessean said Rod Harris and Centerville Mayor Bob Bohn have been feuding over the temporary location of a 900-pound sculpture while the public square where it was installed in 2005 undergoes renovations.

Harris raised the money for the $150,000 statue through donations and gifted it to the town with the stipulation that it not be moved from the public square, which is not far from where Minnie Pearl was born, the report said. When the town decided to move it in order to complete renovations, Harris took the statue back.

Harris' lawyer told the newspaper he will return the sculpture if the town agrees to a suitable location for it and pays about $10,000 in legal fees because it violated its contract with Harris.

However, Centerville aldermen voted unanimously this month to start raising funds for a new statue instead of bargaining with Harris to get the existing one back, The Tennessean said. 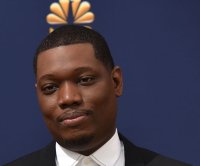 TV // 18 hours ago
Michael Che won't censor HBO Max show for kids
April 19 (UPI) -- HBO Max released a teaser for "That Damn Michael Che" on Monday. In the teaser, Che jokes about letting kids see everything he presents on the show. 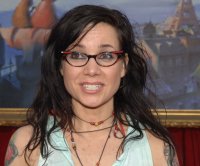