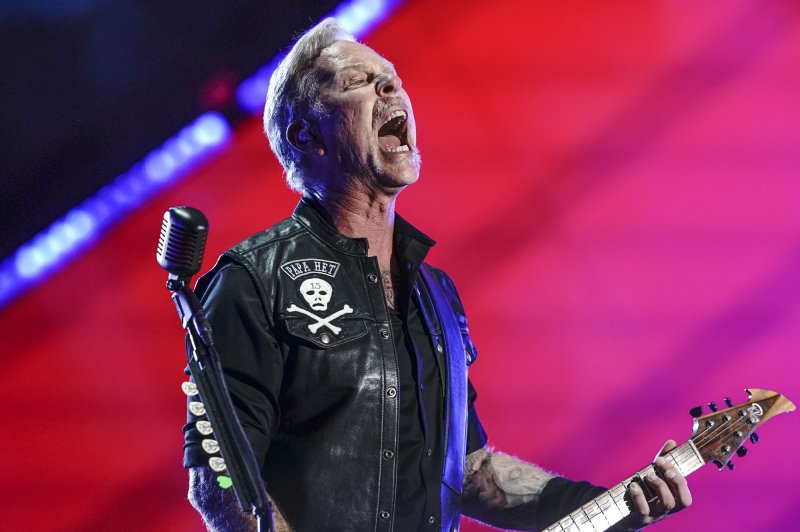 The band announced the album 72 Seasons and a two-year world tour on Monday.

The group shared a first single from the album, "Lux Æterna," on Monday.

Frontman James Hetfield said the album explores "The first 18 years of our lives that form our true or false selves."

"The concept that we were told 'who we are' by our parents. A possible pigeonholing around what kind of personality we are," he added. "I think the most interesting part of this is the continued study of those core beliefs and how it affects our perception of the world today. Much of our adult experience is reenactment or reaction to these childhood experiences. Prisoners of childhood or breaking free of those bondages we carry."

Jennifer Lopez recalls split from Ben Affleck: 'It was the biggest heartbreak of my life' Jay Leno returns to stage after burn injuries Teddi Mellencamp on Lisa Vanderpump: 'We made peace' What to watch next: Sign up for UPI's Streaming newsletter

Music // 1 hour ago
Beyonce to launch 'Renaissance' world tour in May
Feb. 1 (UPI) -- Beyoncé will perform across North America as part of her "Renaissance" world tour in 2023.

Music // 22 hours ago
Fall Out Boy to launch North American tour in June
Jan. 31 (UPI) -- Fall Out Boy announced the "So Much for (Tour) Dust" tour featuring Bring Me the Horizon, Alkaline Trio and other artists.

Music // 1 day ago
Morgan Wallen to release third album on March 3
Jan. 31 (UPI) -- Country music star Morgan Wallen has announced his third studio album, "One Thing at a Time," is set for release on March 3.