May 9 (UPI) -- Billboard on Monday announced a new slate of performers for its upcoming awards show, with Ed Sheeran and Travis Scott among the artists joining the performance lineup.

Ed Sheeran will join the 2022 Billboard Music Awards for a remote performance from Belfast, Northern Ireland, where he's in the midst of his + - = ÷ x stadium tour -- pronounced "The Mathematics Tour."

.@edsheeran is set to deliver a #BBMAs performance all the way from Belfast, Ireland that is sure to give you the shivers! Dance 'til the sunlight cracks this Sunday starting at 8PM ET/5PM PT on NBC. pic.twitter.com/kVtppHMg2B— Billboard Music Awards (@BBMAs) May 9, 2022

Travis Scott, meanwhile, will perform at his first awards show since the Astroworld tragedy about six months ago in Houston. The remix of the rapper's song "Goosebumps" is a finalist for Top Dance/Electronic Song.

In addition to those two artists, Miranda Lambert, Becky G and Elle King were added to this year's list of performers that already includes headliner Megan Thee Stallion, Morgan Wallen, Red Hot Chili Peppers, and Florence + The Machine, among others.

Becky G, 25, will make her performance debut at the awards show from the Xfinity stage. Lambert, a finalist for Top Country Female Artist, and King will take the stage to perform their collab, "Drunk (And I Don't Wanna Go Home)," which is nominated for Top Rock Song.

Lambert, King and Scott will perform from the MGM Grand during the show.

The BBMAs -- which honor the year's top performing artists on the Billboard charts in 62 categories across various genres -- are scheduled to take place Sunday at Las Vegas' MGM Grand Garden Arena.

Sean "Diddy" Combs is set to host the event, with The Weeknd leading the list of finalists with 17 total nominations.

Mary J. Blige has been tapped to receive the Icon Award during this year's ceremony, while Mari Copeny will be given the third annual Changemaker Award. 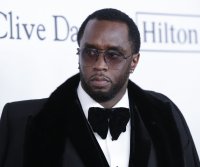