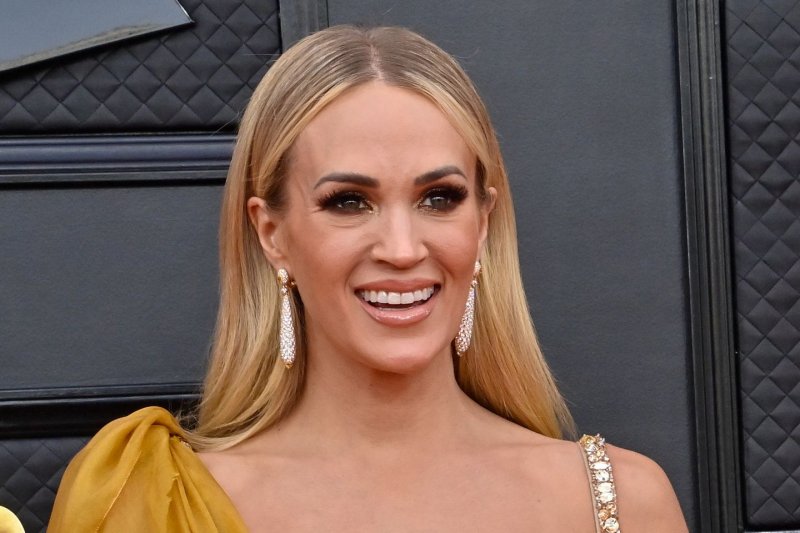 April 8 (UPI) -- Carrie Underwood is back with new music.

In "Denim & Rhinestones," Underwood sings about being the perfect fit with a partner.

"You're the smooth and I'm the shine / We're the neon dancing all night / Denim and rhinestones / You're the cool and I'm the fire / No, we're never going out of style," she sings.

Underwood released "Ghost Story," her first single of 2022, in March.

The singer discussed the making of Denim & Rhinestones in an album trailer released Friday.

"I feel like with this album, we cover a lot of ground. We have a lot of songs that could be considered throwback-type songs, but they sound so super fresh," Underwood said.

"I feel like this one ended up being a bigger reflection of me as a person and an artist," she added.

Underwood announced Denim & Rhinestones on Thursday. The singer will release the album June 10.

Denim & Rhinestones will mark Underwood's first studio album since Cry Pretty, released in 2018. The singer released a holiday album, My Gift, in 2020, and the gospel album My Savior in March 2021.

Music // 3 hours ago
Sabrina Carpenter to launch 'Emails I Can't Send' tour in September
Aug. 16 (UPI) -- "Skin" singer Sabrina Carpenter will perform across North America on a new tour in the fall.

Music // 4 days ago
Megan Thee Stallion says she got 'more personal' on album on 'Fallon'
Aug. 12 (UPI) -- Megan Thee Stallion went on "The Tonight Show Starring Jimmy Fallon" and talked about the song selection process for her new album, "Traumazine."