"Getting that confetti ready because we're coming to a stage near you in 2022!!" the group tweeted.

New Kids on the Block will kick off the tour May 10 in Cincinnati, Ohio, and bring the venture to a close July 23 in Washington, D.C. Tickets go on sale Friday.

"We had a blast out on the first Mixtape tour in 2019, and can't wait to take it to another level with our fans on the MixTape Tour 2022," NKOTB singer Donnie Wahlberg said in a statement.

"Just like a mixtape, these shows are going to take audiences through all the emotions. To be able to have Salt-N-Pepa come back and now also have the iconic and legendary Rick Astley and En Vogue join the tour... we could not be more excited. Let's GO!" he added.

Getting that confetti ready because we're coming to a stage near you in 2022!! We're bringin' our friends @TheSaltNPepa, @rickastley and @EnVogueMusic along for the ride! Sign up for Block Nation in order to get presale access here: https://t.co/WaKzEi6zrF #MixtapeTour2022 pic.twitter.com/5FKeoI8JJv— New Kids on the Block (@NKOTB) October 4, 2021

New Kids on the Block consists of Wahlberg, brothers Jonathan Knight and Jordan Knight, Joey McIntyre and Danny Wood. The group came to fame in the 1980s and released its seventh studio album, 10, in 2013. 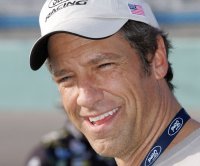 Music // 4 days ago
The Eagles set 'Hotel California' tour for 2022
Nov. 24 (UPI) -- The Eagles will go on tour next year with each show featuring their Grammy Award-winning, "Hotel California." Tickets go on sale soon. 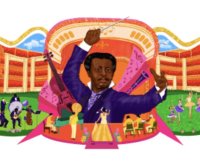