Kacey Musgraves released the album "Star-Crossed" and a music video for the song "Simple Times" after discussing the project on "The Late Show with Stephen Colbert." File Photo by John Angelillo/UPI | License Photo

The 33-year-old country music singer released the album Star-Crossed and a music video for the song "Simple Times" on Friday.

The "Simple Times" video features Musgraves, Victoria Pedretti, Princess Nokia and Symone. The group is seen taking over a mall in '90s-inspired outfits before robbing a wedding dress store.

Musgraves also released an accompanying Star-Crossed film on Paramount+. She discussed the film and her new album during Thursday's episode of The Late Show with Stephen Colbert.

When asked about the meaning of "star-crossed," Musgraves said it meant "ill-fated."

"You are doomed by the stars, you are [expletive] celestially," she said. "There is a rollercoaster of emotion on this record and the film that we made -- it is kind of a wild ride."

Musgraves said the Star-Crossed film has three acts and takes viewers down "a wicked, twisted road."

"It's a visual film that goes with the album and it is set in three acts as well. It was incredible to make," she said. "It is a wicked, twisted road -- there may or may not be a decapitation at some point in the film. You're going to have to watch it, I don't know." 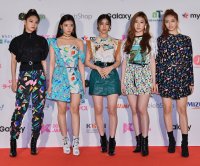 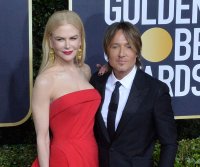