The country music duo, consisting of Dan Smyers and Shay Mooney, released a video Thursday for the song "Lying."

The "Lying" video shows Smyers and Mooney perform for a crowd at a dive bar. The duo then join the audience outside, where they perform a choreographed dance.

"this is the most fun we've ever had making a music video," Dan + Shay said on Instagram. "huge shout out to the fam for getting us out of our comfort zone and into our dancing shoes."

"if we can do it, you can too! turn it up on repeat, learn the dance, and tag us in your videos!" they told fans.

Good Things also features the singles "10,000 Hours" with Justin Bieber, "I Should Probably Go to Bed," "Glad You Exist" and "Good Things." Dan + Shay announced the album earlier this month.

"we poured every bit of our hearts into this project and have never been more excited for anything in our entire lives. can't wait for it to be yours so soon," the pair said on Instagram.

Miranda Lambert mourns death of dog Jessi: 'It's so hard to let them go' Dolly Parton to release song with Reba McEntire Jamie Lee Curtis says her younger child is transgender What to watch next: Sign up for UPI's Streaming newsletter

Music // 6 hours ago
Super Junior's Eunhyuk films 'Be' music video in behind-the-scenes look
Oct. 22 (UPI) -- K-pop star Eunhyuk shared footage from the set of his music video for the solo single "Be." 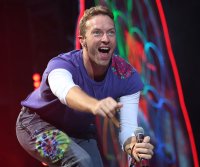