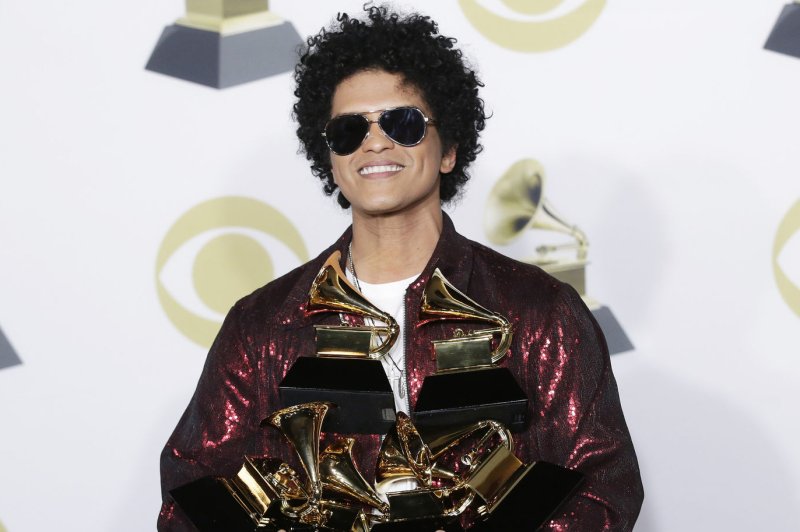 July 30 (UPI) -- Bruno Mars and Anderson .Paak perform for a group of roller skaters as Silk Sonic in the duo's new music video for "Skate."

Mars and .Paak play the drums outside with their band as various women skate around them and dance in the vintage-style clip released on Friday.

The track is the second single Mars and .Paak have released as Silk Sonic following "Leave the Door Open" in March.

Mars and .Paak are set to release a debut album as Silk Sonic titled An Evening with Silk Sonic. No release date has been announced.