Halsey releases creepy trailer for 'If I Can't Have Love, I Want Power' film 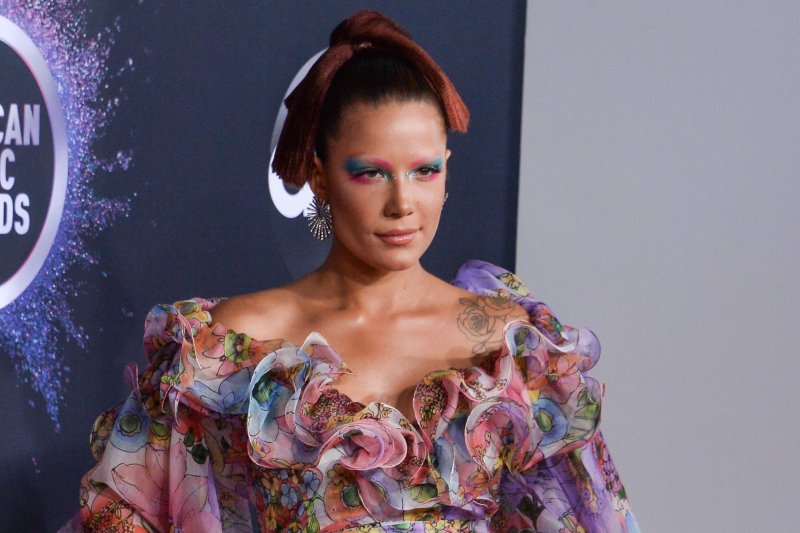 Halsey stars in the new trailer for the film version of "If I Can't Have Love, I Want Power." File Photo by Jim Ruymen/UPI | License Photo

Halsey arrives on the red carpet at the 2019 Songwriters Hall Of Fame in June 2019. File Photo by John Angelillo/UPI | License Photo

July 13 (UPI) -- Halsey has announced a companion film to her upcoming album If I Can't Have Love, I Want Power and released the first trailer for the project on Tuesday.

The singer explores themes of motherhood in the dark and brooding clip. Halsey is pregnant in the trailer after announcing in January that she is expecting her first child.

"This film is about the lifelong social labyrinth of sexuality and birth. The greatest horror stories never told were buried with the bodies of those who died in that labyrinth," the trailer says at the start.

Halsey wrote the hour-long film with Colin Tilley serving as the director.

The film is coming exclusively to IMAX theaters. Tickets for screenings go on sale Aug. 3. Additional release date information will be announced at a later date.

Halsey will release the If I Can't Have Love, I Want Power album on Aug. 27. Trent Reznor and Atticus Ross of Nine Inch Nails produced the album.

BTS, The Weeknd, Ed Sheeran to headline Global Citizen concert Halsey says touring is her 'favorite part' of music career What to watch next: Sign up for UPI's Streaming newsletter