"Spiral: From the Book of Saw" star Chris Rock walks the red carpet to celebrate the opening of the Goodtime Hotel on April 16. File Photo by Gary I Rothstein/UPI | License Photo

April 30 (UPI) -- 21 Savage released on Friday a new music video for his song Spiral, which hails from upcoming horror sequel Spiral: From the Book of Saw.

The rapper is trapped and hanging upside down in a straitjacket in the clip, which also features footage from the film starring Chris Rock and Samuel L. Jackson.

21 Savage also performs the song from a creepy butcher shop.

Spiral: From the Book of Saw is coming to theaters on May 14. Rock portrays detective Ezekiel 'Zeke' Banks who is on the case after a criminal mastermind starts copying Jigsaw by placing victims into gruesome traps.

Darren Lynn Bousamn, who directed Saw II, Saw III and Saw IV, is helming the film. Jigsaw writers Josh Stolberg and Pete Goldfinger wrote the script, based on a story suggested by Rock.

Chris Rock hunts a killer in new 'Spiral: From the Book of Saw' trailer Miley Cyrus joins The Kid Laroi for remix of 'Without You' What to watch next: Sign up for UPI's Streaming newsletter 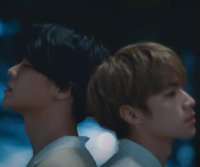 Music // 2 days ago
WayV's Kun, Xiaojun enjoy nature in 'Back to You' music video
June 16 (UPI) -- K-pop stars Kun and Xiaojun, members of NCT, released a video for their first single, "Back to You."

Music // 2 days ago
Jessie J dances at bar in 'I Want Love' music video
June 16 (UPI) -- Jessie J released a video for "I Want Love," the lead single from her forthcoming fifth album.