The music duo, composed of sisters Chloe Bailey and Halle Bailey, released a video Wednesday for the song "Ungodly Hour."

The video made its debut on The Tonight Show starring Jimmy Fallon. The video features futuristic aquatic-themed visuals, including shimmering, mermaid-like costumes.

"Ungodly Hour" appears on Chloe x Halle's album of the same name, released in June. The duo said in the June issue of Teen Vogue that they had "the best time" writing the song with Disclosure.

"I forgot what I was watching, but I heard the phrase 'ungodly hour' and wrote it in my notes. [It] kind of stuck out to all of us, and we were like, 'What can you say with this?'" Chloe recalled.

"We all came up with this sentence: 'Love me at the ungodly hour,' which means love me when I'm at my worst; love me when I'm not all dolled up and made up. Love me when all my insecurities are out on the table," she said.

Ungodly Hour also features the singles "Catch Up," "Do It" and Forgive Me."

Chloe x Halle are nominated for three awards at the Grammy Awards, including Best Progressive R&B Album for Ungodly Hour. 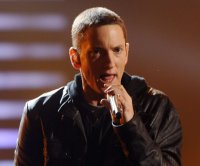 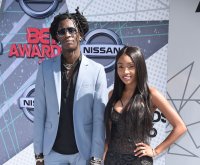