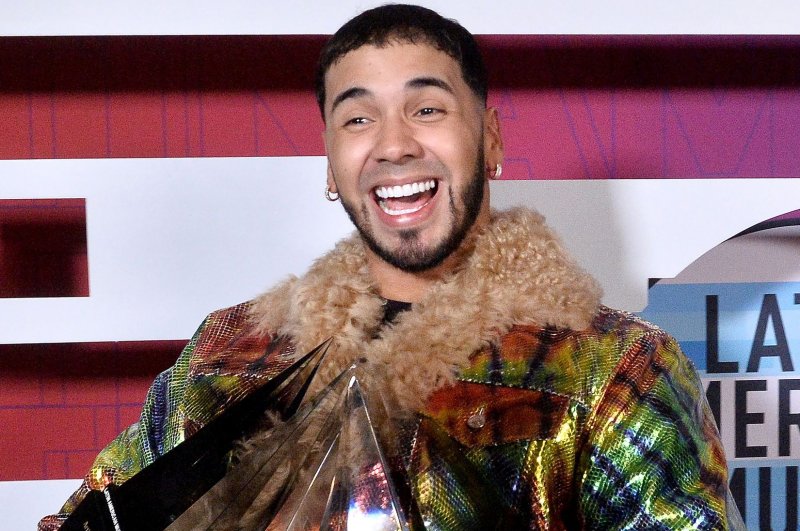 Sept. 28 (UPI) -- Anuel AA, Pitbull, and Daddy Yankee will perform at the Billboard Latin Music Awards, Billboard and Telemundo announced Monday, less than a month away from the awards.

The awards show will broadcast live at 8 p.m. EDT on Oct. 21 from the BB&T Center in Sunrise, Fla., through Telemundo.

Latin music star Anuel AA was named Artist of the Year at last year's awards where he made his red carpet debut with his girlfriend, Columbian singer, Karol G, where they announced their engagement.

Daddy Yankee already won big at the 32nd annual Premio Lo Nuestro award show honoring excellence in Latin Music. Some of his awards at the show included Artist of the Year and Crossover Collaboration of the Year for his track "Con Calma," featuring Snow and Remix of the Year for "Soltera (Remix)" featuring Lunay and Bad Bunny. Rapper Pitbull hosted the event.

Billboard announced the finalists for awards back in February, which were originally scheduled for April, but delayed because of the COVID-19 pandemic.

Bad Bunny and Ozuna leads the list of nominees with 14 nominations each. Daddy Yankee and J Balvin each received 12 nominations, and Anuel AA has 11 and Farruko has 10.

Awards are determined by actual sales, streaming, radio airplay and social data from Billboard's weekly charts over a one-year-period, according to Billboard.

Music // 3 days ago
Megan Thee Stallion says she got 'more personal' on album on 'Fallon'
Aug. 12 (UPI) -- Megan Thee Stallion went on "The Tonight Show Starring Jimmy Fallon" and talked about the song selection process for her new album, "Traumazine."

Music // 4 days ago
Marcus Mumford details childhood sexual abuse in new interview
Aug. 10 (UPI) -- Marcus Mumford, the singer and frontman behind the band Mumford & Sons, has said in a new interview that he was sexually abused as a child.