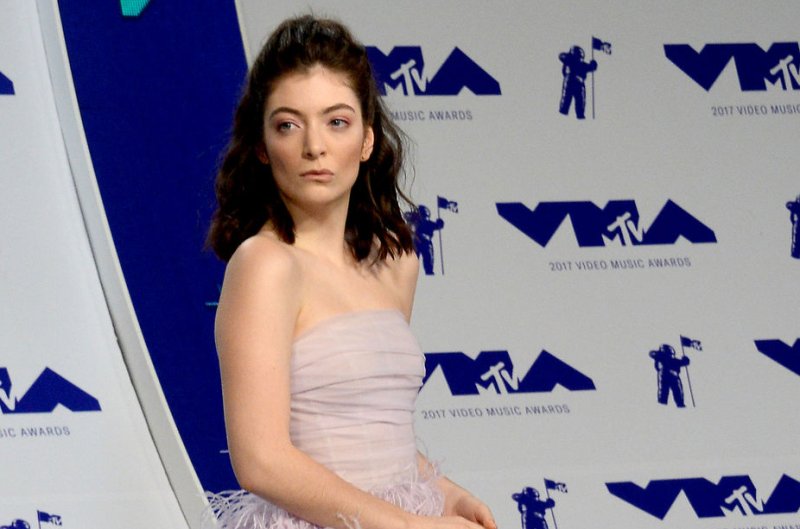 Lorde is working on her third studio album, her first since "Melodrama," released in 2017. File Photo by Jim Ruymen/UPI | License Photo

The 23-year-old recording artist teased her third studio album, her first since Melodrama, released in 2017, in an e-mail to fans Tuesday.

"You'll probably be pleased to know my hair is big and long again," Lorde wrote. "I think after Melodrama came out I said I wouldn't put out another record until my hair was long -- both because hair takes time to grow, and I knew I needed time, and because I knew the next record would require the longest and wildest hair yet."

The singer said she returned to the studio in December and was working with music producer Jack Antonoff prior to the coronavirus (COVID-19) pandemic.

"A thing started to take shape. And then, of course, the world shut down. We're still working away -- Jack and I FaceTimed for over an hour this morning going over everything. But it'll take a while longer," she said.

Lorde acknowledged fan demand for a new album but said she is taking her time to make the record perfect.

"I understand -- I want nothing more than to feed you treats, pop perfect morsels straight into your little mouths. But as I get older I realise there's something to be said for the pleasant feeling of waiting for something of quality to become available to you," the star said.

"In my opinion, the greatest treat I can give you is work that will last ten, twenty, thirty years. And that kind of work takes time," she added. "So if you can, I'd like for you to try tuning in to the time spent waiting for something of the highest quality to arrive."

"I can tell you, this new thing, it's got its own colours now. If you know anything about my work, you'll know what that means," she teased. "I am truly jazzed for you to hear it."

Lorde previously said in a letter to fans that her dog Pearl's death affected the timetable for her new album.

"He was instrumental to the discovery that was taking place. I felt he led me towards the ideas. And it's going to take some time and recalibration, now that there's no shepherd ahead of me, to see what the work is going to be," she said in November.