"As humanity faces an unknown future, we must recognize the fact that we simply cannot go back to our behavior from before. Both as individuals and as a globe, we are in a time of reflection, and now, more than ever, we have the opportunity to make great change," the post reads.

"Climate change is a global concern, and we have seen with Covid-19 what can happen when the world truly works together to come up with solutions in a time of crisis. Let's treat the climate situation with that same urgency and passion. Let's not go back to the world as it was. Instead, let's move into the future with a renewed vision of how we want to live."

Proceeds from the virtual music festival will go toward Pathway to Paris initiatives.

Other musical artists celebrated Earth Day on Wednesday, including country music star Kacey Musgraves. The singer released an Earth Day version of her song "Oh, What a World" and launched the Kacey Musgraves Earth Day Fund for the World Wildlife Fund.

In addition, Major Lazer and Mumford & Sons member Marcus Mumford shared an Earth-Day inspired music video for the single "Lay Your Head on Me." The pair recruited more than 200 artists for the song.

"I feel like it's a celebration of the human spirit," Mumford said Wednesday on CBS This Morning. "It's just people at home, like playing instruments, people dancing, people with their neighbors and spreading this message that we love in this song that we've done together." 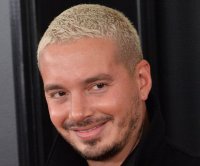 Music // 18 hours ago
J Balvin apologizes for 'Perra' music video: 'That's not who I am'
Oct. 25 (UPI) -- J Balvin addressed criticism of his "Perra" music video, in which Black women were portrayed as dogs. 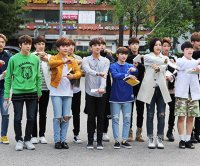