Melanie C reflects on past in 'Who I Am' music video

March 19 (UPI) -- British singer Melanie C is back with a new music video.

The 46-year-old recording artist shared a video Thursday for the new solo single "Who I Am."

In the video, Melanie C visits a museum where the works of art depict notable looks from her career. The Spice Girls singer, known as Sporty Spice, reflects on how she's come to embrace her true self.

"When I look in the mirror / I finally like what I see / There's been so many changes / I accept they're a part of me," she sings.

Melanie C called the song "personal and reflective" in a statement Thursday.

"It's about how I've changed and developed through my life. The more courage I've found, the more I have been able to express myself and grow into the woman I now am," she said.

"Who I Am" is Melanie C's first single since "High Heels," released in December. The singer released her seventh studio album, Version of Me, in 2016.

Melanie C came to fame with the girl group Spice Girls, which reunited for a tour in 2019. Melanie C, Mel B, Emma Bunton and Geri Halliwell performed shows for fans, while Victoria Beckham sat out the reunion. 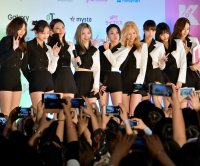 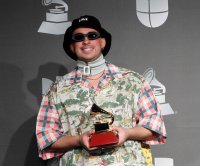 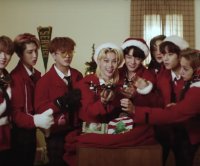