Feb. 7 (UPI) -- Rapper Meek Mill and singer and actor Justin Timberlake have teamed up on a new single.

The pair released a single and music video for the uplifting new song, "Believe," on Thursday.

The video, directed by Maxime Quoilin, opens with a young woman watching her father be arrested. The woman hits rock bottom but picks herself up and trains at boxing as her father serves his prison sentence.

The video ends with the woman winning a boxing match. She looks out to the audience, where her father proudly looks on.

The video features a shot of Meek Mill and Timberlake where Meek Mill holds up his chains, one of which features a medallion with an image of late rapper Nipsey Hussle.

Meek Mill and Timberlake explained their vision for the "Believe" video in a behind-the-scenes look, saying it was meant to show "people overcoming."

Meek Mill released his fourth studio album, Championships, in 2018, and is working on a new album. He released the song "Letter to Nipsey" featuring Roddy Ricch in January following Hussle's death.

Timberlake released his fifth studio album, Man of the Woods, in 2018, and a new single, "SoulMate," the same year.

Jessica Simpson says Justin Timberlake kissed her for a bet Kellan Lutz, wife Brittany heartbroken after miscarriage Christian Siriano on dressing all body types: 'It's not that hard' Princess Beatrice's wedding to take place May 29 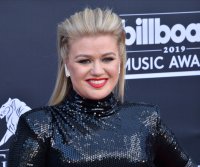