Selena Gomez showed her support after Demi Lovato performed an emotional rendition of her new song "Anyone" at the Grammy Awards. Screenshot via selenagomez/Instagram Stories

Gomez, 27, showed her support for Lovato, her friend and fellow singer and actress, Sunday on Instagram Stories after Lovato performed an emotional rendition of her new song "Anyone" at the Grammy Awards.

Gomez shared a screenshot of Lovato onstage at the awards show Sunday in Los Angeles.

"I wish there were words to describe how beautiful, inspirational and DESERVED this moment was. Demi I'm so happy for you. Thank you for your courage and bravery," Gomez wrote.

The Grammys marked Lovato's first public performance since her 2018 overdose and hospitalization. Lovato started her performance over after being overcome with emotion, and cried as she performed.

Lovato previously said in an interview with Zane Lowe that she wrote and recorded "Anyone" prior to her overdose.

"I almost listen back and hear these lyrics as a cry for help," she said. "You kind of listen back to it and you kind of think, how did nobody listen to this song and think, 'Let's help this girl.'"

Gomez herself returned to the stage at the American Music Awards in November, her first awards show performance in two years. She reflected on her personal struggles, including her split from Justin Bieber and her health issues, in an interview with NPR's Weekend Edition Sunday.

"The reason why I've become so vocal about the trials and tribulations of my life is because people were already going to narrate that for me," Gomez said. "I want to be able to tell my story the way that I want to tell it. And all of these things happened, and I wasn't going to deny that, I wasn't going to pretend to put a smile on when it actually was awful -- a few of the worst moments of my life."

Gomez said she experienced emotional abuse during her past relationship but has "found the strength in it" and moved on.

"It's dangerous to stay in a victim mentality. And I'm not being disrespectful, I do feel I was a victim to certain abuse," the star said.

"I think that it's something that -- I had to find a way to understand it as an adult. And I had to understand the choices I was making," she added. "As much as I definitely don't want to spend the rest of my life talking about this, I am really proud that I can say I feel the strongest I've ever felt and I've found a way to just walk through it with as much grace as possible."

Gomez released her third studio album, Rare, this month. She thanked fans last week after the album debuted at No. 1 on the Billboard 200.

Music // 14 hours ago
Luke Combs shares fan stories in 'Does to Me' music video
April 7 (UPI) -- Country music singer Luke Combs released a video for "Does to Me," his single featuring Eric Church. 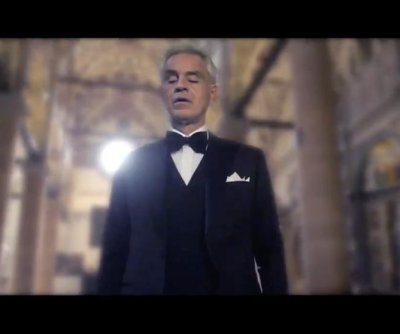 Music // 3 days ago
The Weeknd's 'After Hours' tops the U.S. album chart
April 4 (UPI) -- Singer-songwriter The Weeknd's "After Hours" is the No. 1 album in the United States this week.