The 27-year-old singer and actress shared cozy photos with Simpson, 22, Thursday on Instagram Stories following reports the couple had broken up.

One picture shows Cyrus smiling for the camera as she links arms with Simpson.

"start dating your bestfriend asap," she captioned the post.

Another photo shows Cyrus resting on Simpson's shoulder as he holds his phone. 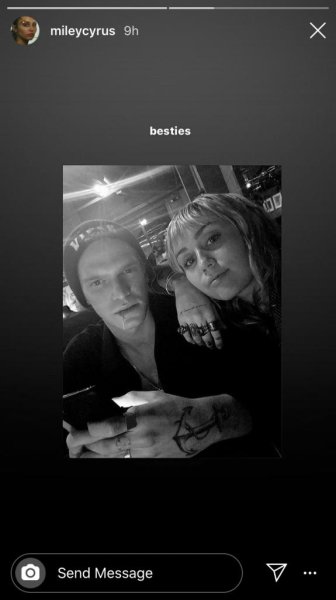 Simpson also posted a video on Instagram Stories of Cyrus playfully lifting her shirt in a restaurant.

"Who is this stone cold fox," he wrote.

"There is absolutely no truth to this story. Cody went out with a friend and all the rest is fabricated. Period," Simpson's agent told Entertainment Tonight.

Entertainment Tonight reported Tuesday that Cyrus and Hemsworth have reached a settlement in their divorce. The divorce is expected to be finalized in March.