My new album '9' is out today! Give it a listen and let me know your favorite songs! https://t.co/VdqiSF2vAd pic.twitter.com/HHO9sTUsTU— Jason Aldean (@Jason_Aldean) November 22, 2019

Aldean shared the news in a video to fans on Twitter.

"Hey, what's up, guys? My new album, 9, is out today," he says. "I can't wait to play some of these new songs for you guys out on the road. Go give it a listen and let me know what your favorite songs are."

9 includes the single "We Back," "Tattoos and Tequila" and 14 other songs. Aldean said in September that he purposely recorded a lot of songs, saying 9 is like "getting two whole albums at once."

"I want fans to feel like they're getting more than they bargained for and I want it to be something they listen to from top to bottom, and never hit skip," he said.

Aldean will perform a three-night mini residency Dec. 6-8 at the Park Theater at Park MGM in Las Vegas, Nev. He shared plans in September to launch a new tour, We Back, with Morgan Wallen, Riley Green and Dee Jay Silver in 2020. 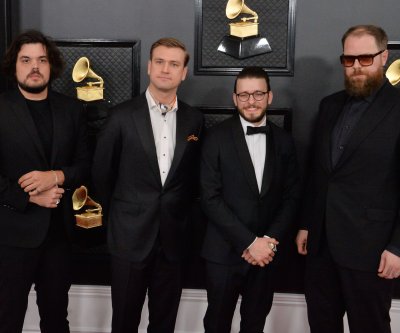