My new album 'Mystic Familiar' will be out Jan 31st! I've been working on it for years. I'm very excited for you to hear it! Pre-order it now here: https://t.co/jMVbk8KRee pic.twitter.com/uXRj8FeoHi— DAN DEACON (@ebaynetflix) October 29, 2019

The 38-year-old electronic musician shared a release date for Mystic Familiar, Jan. 31, and plans for an accompanying tour Tuesday on Twitter.

"My new album 'Mystic Familiar' will be out Jan 31st! I've been working on it for years. I'm very excited for you to hear it," he wrote.

Mystic Familiar is Deacon's first new studio album since Gliss Riffer, released in February 2015. He shared a first song from the album, "Sat By a Tree," and a music video featuring Aparna Nancherla on Tuesday.

Deacon will promote Mystic Familiar with a new tour of North America, the U.K. and Europe. The tour begins Jan. 31 in Dublin, Ireland, and comes to a close May 2 in Washington, D.C.

I'm also going on a big tour of North America, UK+EU in Jan! Tickets are on sale Friday! More info can be found at https://t.co/yup1sJtazd pic.twitter.com/tht2xNSEhP— DAN DEACON (@ebaynetflix) October 29, 2019

Deacon has released four studio albums, Spiderman of the Rings, Bromst, America and Gliss Riffer. He also composed the scores for a number of documentaries, including Rat Film and Time Trial. 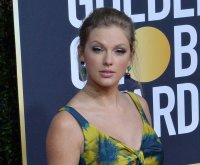