Monsta X will take the stage with Steve Aoki and Darren Criss at the iHeartRadio Music Festival in September. File Photo by Keizo Mori/UPI | License Photo

iHeartRadio announced in a tweet Tuesday the K-pop group will take the stage with Steve Aoki and Darren Criss at the festival in Las Vegas in September.

Monsta X previously collaborated with Aoki on the single "Play It Cool." Monsta X member I.M. said in an interview with Billboard in April that working with Aoki was an "unbelievable" experience.

"That situation was a dream come true," I.M. said. "We always respected that huge DJ Steve Aoki, and we could not at that time believe the situation."

Monsta X is known for the singles "Tresspass," "Ex Girl" and "Alligator," and released the album Take.2 We Are Here in February. The group released the single "Who Do U Love?" with French Montana in June after signing with the U.S. record label Epic Records.

In addition, Monsta X member Minhyuk released his debut solo mixtape, Ongsimi, and a music video for his lead single of the same name in June. Hyungwon will release a collaboration with Vixx member Hongbin for Pepsi.

Music // 59 minutes ago
Seventeen shares 'Your Choice' highlight medley
June 14 (UPI) -- K-pop group Seventeen released clips of "Ready to Love" and five other songs from its EP "Your Choice." 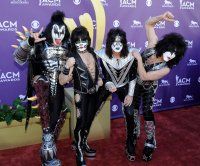 Music // 2 hours ago
Kiss to resume 'End of the Road' tour in August
June 14 (UPI) -- Kiss announced new dates for its "End of the Road" world tour, its final tour as a band. 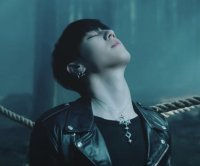 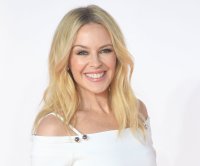