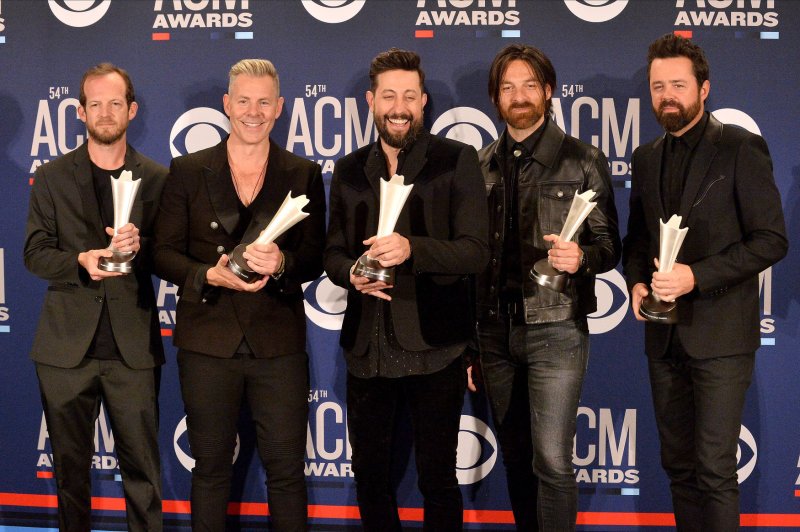 July 8 (UPI) -- Country music group Old Dominion announced on Monday's edition of Good Morning America that it has a new album coming out this fall.

Featuring Matthew Ramsay, Trevor Rosen, Whit Sellers, Geoff Sprung and Brad Tursi, the band made the announcement after performing live on the program.

It also confirmed on Twitter that the self-titled record would be available on Oct. 25.

Old Dominion is known for its hits "Break Up with Him," "Snapback," "Song for Another Time," "No Such Thing as a Broken Heart" and "Written in the Sand."