Price and Ivey are also parents to 8-year-old son Judah Quinn. Price shared a pair of photos of Ramona, including a picture of Judah kissing the infant on the cheek.

Country singers Brandi Carlile and Morgane Stapleton were among those to congratulate Price in the comments.

"Sisters are the best! What a beauty. Congrats Margo," Carlile wrote.

"Congratulations!! She is beautiful! Those cheeks are perfection," Stapleton added.

Price and Ivey's other son, Judah's twin Ezra, died two weeks after birth due to a heart ailment, according to People.

Price had announced her pregnancy in November. She voiced her love for Ivey in a post on Valentine's Day in February, the 16-year anniversary of when they first met.

"I told my friend the day I met him I was going to marry him and I eventually did," the star wrote. "Here's to many more years of co-writes, fights, raising babies and raising hell. There's no one I'd rather travel the world with than you @jivey."

Price is known for the singles "Hurtin' (On the Bottle)," "Hands of Time," "A Little Pain" and "Weakness." She last released the album All American Made in October 2017. 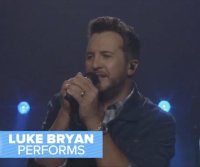 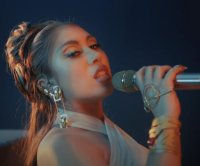