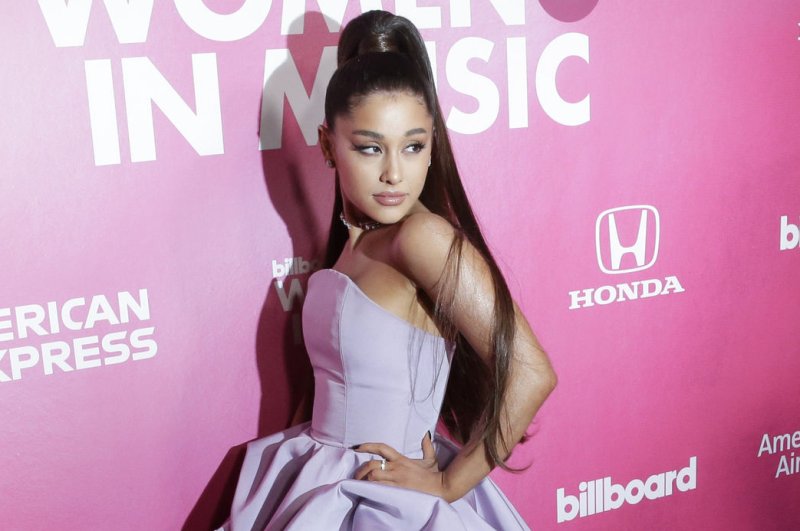 Ariana Grande attends the Costume Institute Benefit at the Metropolitan Museum of Art on May 7, 2018. File Photo by John Angelillo/UPI | License Photo

May 29 (UPI) -- Ariana Grande is "incredibly sick" and postponing two shows due to illness caused by an allergic reaction to tomatoes.

Grande gave a health update Wednesday afternoon, saying her illness was due to eating tomatoes.

"we discovered ..... that ..... i had an unfortunate allergic reaction to tomatoes and my throat pretty much closed. still feels like i'm swallowing a cactus but slowly making progress!" she said in an Instagram post.

Grande was to perform Tuesday in Tampa and Wednesday in Orlando. She announced the cancellation in a post on Instagram Stories.

"tampa & orlando, i woke up incredibly sick today, ran to my doctor here and have been told to postpone these shows tonight and tomorrow. i'm so beyond devastated," the star wrote.

"i will make this up to you, i promise," she vowed. "please forgive me. i love you and i will be back and better than ever as soon as possible. love you."

"Ariana is sorry to disappoint her fans and will look fwd to seeing them in November," the post reads. "Tickets for tonight and tomorrow's shows will be honored for the new dates. Refunds are available at the point of purchase."

Grande will next perform Friday in Miami, Fla. She kicked off the Sweetener tour in Albany, N.Y., in March and will bring the venture to a close with the rescheduled Orlando show Nov. 25.