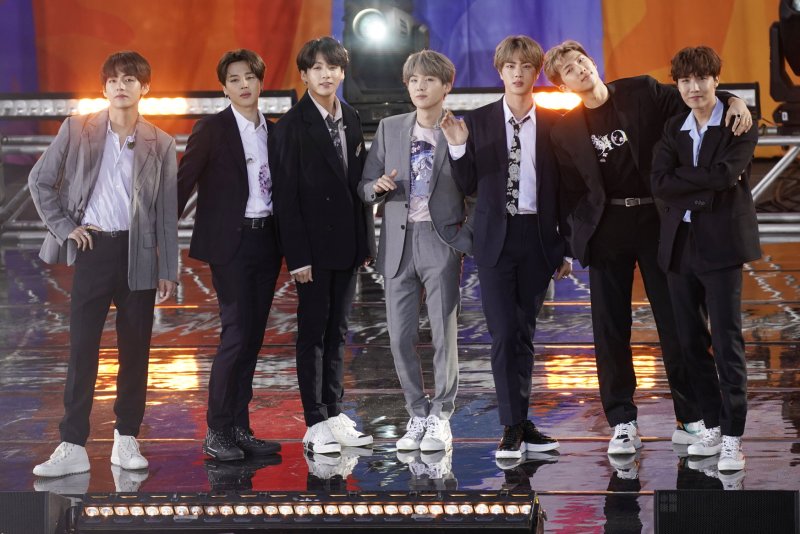 May 20 (UPI) -- Global K-pop sensation BTS has drawn some 320,000 spectators on the U.S. leg of its world concert tour Love Yourself: Speak Yourself, its management agency said Monday.

BTS wrapped up the U.S. edition of its global stadium tour with the final stop at MetLife Stadium in East Rutherford, New Jersey, over the weekend, according to Big Hit Entertainment.

After opening with performances to sellout crowds at Rose Bowl Stadium in Pasadena, California, on May 11-12, the band also performed for two sold-out nights at Chicago's Soldier Field a week later.

A total of 320,000 fans attended the six U.S. concerts in three cities, the agency said.

BTS kicked off the Sunday concert with "Dionysus," a hip-hop number off the band's latest Billboard No. 1 album Map of the Soul: Persona, with the seven BTS members appearing onstage in all-white costumes as fans erupted in shattering cheers.

They also performed hit songs like "Not Today," "Idol," "Fake Love" and "MIC Drop," as well as new numbers like "Boy With Luv," "Make it Right" and "Mikrokosmos."

BTS thanked their fans, "ARMY," for joining the tour in the United States, saying, "We together made these concerts that we've never dreamed of."

The septet will continue its world tour in Sao Paulo, Brazil, this coming weekend, and the globe-trotting tour will go to London, Paris, Osaka and Shizuoka next month.