Joe Jonas (L) and Sophie Turner arrive on the red carpet at the Season 8 premiere of "Game of Thrones" on April 3. File Photo by John Angelillo/UPI | License Photo

May 1 (UPI) -- The Jonas Brothers have announced a new North American tour in support of their upcoming fifth studio album, Happiness Begins.

Nick, Joe and Kevin Jonas will be kicking off the 40-city tour Aug. 7 at the American Airlines Arena in Miami before wrapping things up Oct. 20 at the Hollywood Bowl in Los Angeles.

The band will be joined by special guests Bebe Rexha and Jordan McGraw.

Tickets go on sale for the general public starting May 10 through Live Nation. The Jonas Brothers have also partnered with Ticketmaster's Verified Fan platform, with fans being able to register until Monday at 10 p.m. EDT to take part in a pre-sale that runs from May 8 at 10 a.m. local time to May 9 at 10 p.m. local time.

"We're so excited to announce this tour and get in front of our fans again!" the Jonas Brothers said in a statement. "We can't wait for everyone to see what we have planned!"

Happiness Begins, the group's first album in 10 years, is set to arrive June 7. The album will include the singles "Sucker" and "Cool" which have both received music videos. 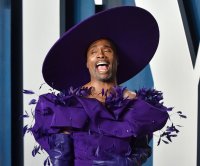