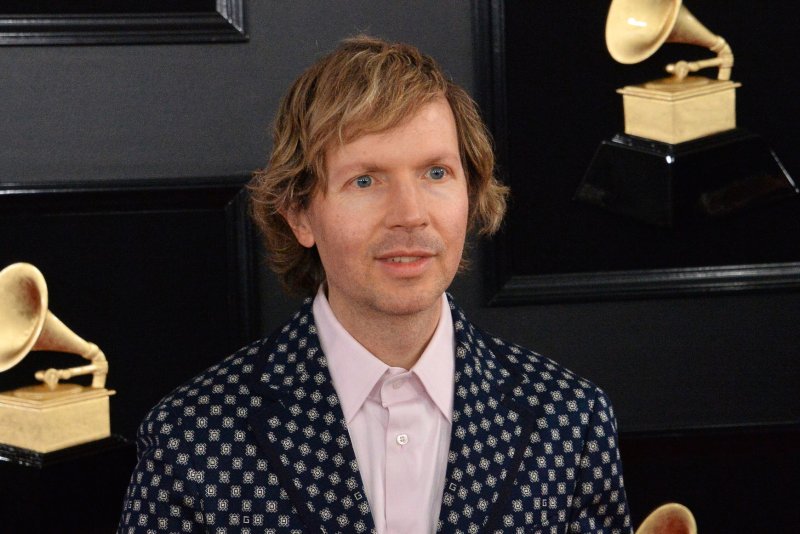 Beck took to Twitter Monday to announce the release of "Saw Lightning," a collaboration with Pharrell that is due to appear on the folk rocker's upcoming album. File Photo by Jim Ruymen/UPI | License Photo

Beck tweeted a preview of the song Monday morning and the song was soon posted to the musican's YouTube page, which uses a static image of what appears to be human images made of water in the place of a video.

The tweet said the track will be included on Beck's album Hyperspace, which the musician said is "on its way from the future." No release date has yet been announced.

Beck, who recently appeared in folk singer Jenny Lewis' music video for her song "Red Bull & Hennessy," announced he will be touring this summer with rock bang Cage the Elephant. The tour kicks off July 11 at the Sunlight Supply Amphitheater.