"We all four felt that, after some 35 years, it could be fun to join forces again and go into the recording studio. So we did," the band said on its website Friday. "And it was like time had stood still and that we only had been away on a short holiday. An extremely joyful experience! We may have come of age, but the song is new. And it feels good."

One of the new tracks, "I Still Have Faith in You," is set for release in December and will be part of the Virtual Abba avatar tour experience that is to begin next year, Variety said.

No details about the second song they recorded this year have been disclosed yet.

Music // 23 hours ago
Seventeen dance in new 'Rock with You' music video teaser
Oct. 20 (UPI) -- K-pop group Seventeen released a new preview of its video for "Rock with You," the title track from their EP "Attacca."

Music // 1 day ago
Seventeen looks to the stars in 'Rock with You' music video teaser
Oct. 19 (UPI) -- K-pop group Seventeen released a preview of their video for "Rock with You," the title track from their EP "Attacca." 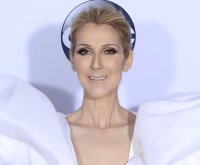