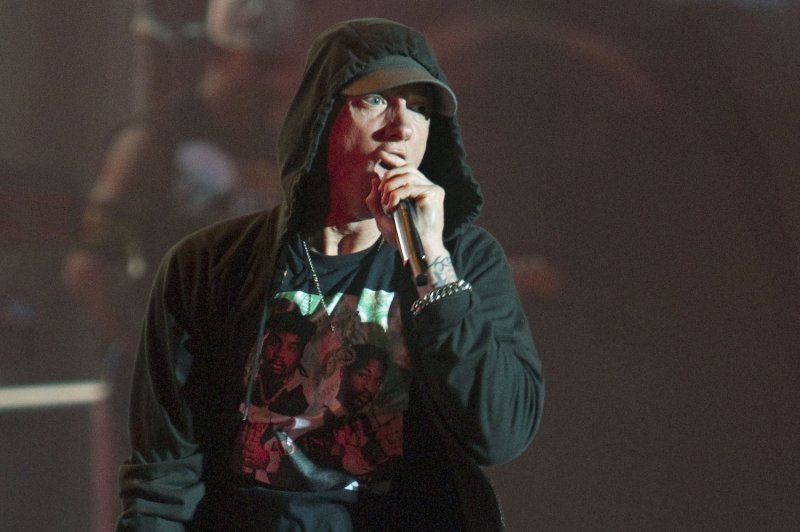 April 16 (UPI) -- Eminem closed out the first weekend of the 2018 Coachella Valley Music and Arts Festival by performing with two of his longtime collaborators, Dr. Dre and 50 Cent.

The rapper then brought out 50 Cent to perform "Patiently Waiting" from 50 Cent's debut album Get Rich or Die Tryin' before launching into 50 Cent's "I Get Money" and "In da Club."

Dr. Dre entered the performance as Eminem was rapping "Real Slim Shady" following the lyrics, "And Dr. said. . .nothing, you idiots! Dr. Dre's dead, he's locked in my basement." The pair then performed Dr. Dre songs "Still Dre," "Medicine Man," "Forgot About Dre," "Nothing But A G Thang" and "California Love."

Eminem, before his headlining set, opened up a pop-up restaurant in Coachella named Mom's Spaghetti after a famous lyric from his song "Lose Yourself." The 45-year-old, who previously opened up a Mom's Spaghetti in his hometown of Detroit, posted on Twitter images of the food from Coachella.

.@COACHELLA STANS - CATCH US ACROSS FROM THE DO LAB STAGE #MOMSPAGHETTI + #STAN MERCH pic.twitter.com/0A8izndred

Beyonce, Eminem and The Weeknd to headline Coachella 2018 Eminem, Ed Sheeran detail a troubled relationship in 'River' video Eminem sues New Zealand political party over use of 'Lose Yourself'