Eric Nam to kick off North American tour in June

The Korea Herald confirmed as much Thursday after the 29-year-old K-pop star shared plans for the summer venture in a tweet the previous day.

Nam, who was born and raised in Atlanta, Ga., and is now based in Seoul, had said Tuesday that he will release his "first mini album in 2 years" April 11. He shared further details about the EP, titled Honestly, in a post Thursday.

Nam is known for the singles "Heaven's Door," "Good for You" and "Can't Help Myself." He released his debut EP, Cloud 9, in January 2013, and followed up with the EP Interview in March 2016.

I’m coming to a city near you with new music! 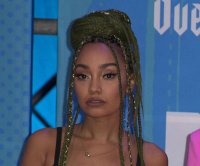