Neil Diamond performs at the annual Christmas Tree Lighting Ceremony at Rockefeller Center in New York City on November 30, 2016. On Monday, Diamond announced he has been diagnosed with Parkinson's and will retire from touring. File Photo by John Angelillo/UPI | License Photo

Jan. 22 (UPI) -- Neil Diamond announced on Monday that he has been diagnosed with Parkinson's disease and will immediately retire from touring to get treatment.

"It is with great reluctance and disappointment that I announce my retirement from concert touring. I have been so honored to bring my shows to the public for the past 50 years," Diamond said in a statement. "My sincerest apologies to everyone who purchased tickets and were planning to come to the upcoming shows."

The legendary singer-songwriter was in the midst of a 50th anniversary tour. Remaining dates in Australia and New Zealand will be canceled.

Diamond said he plans to continue "writing, recording and other projects for a long time to come."

"My thanks goes out to my loyal and devoted audiences around the world," Diamond said. "You will always have my appreciation for your support and encouragement. This ride has been 'so good, so good, so good' thanks to you."

Diamond will turn 77 on Wednesday.

On Jan. 28, the Recording Academy will honor Diamond with a Lifetime Achievement Award. He was inducted into the Rock & Roll Hall of Fame in 2011.

The singer is one of the top-selling musicians of all time with more than 125 million records sold and 38 songs reaching Billboard's Adult Contemporary Top 10 list throughout his career. 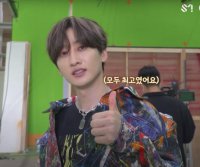 Music // 10 hours ago
Super Junior's Eunhyuk films 'Be' music video in behind-the-scenes look
Oct. 22 (UPI) -- K-pop star Eunhyuk shared footage from the set of his music video for the solo single "Be."