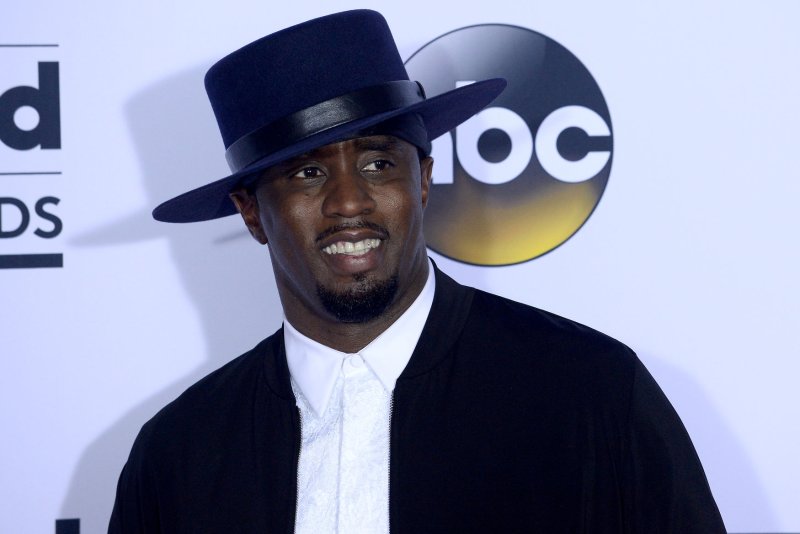 Sean 'Diddy' Combs appears backstage during the annual Billboard Music Awards on May 21. For the third year in a row, Diddy has been named the highest paid hip-hop artist by Forbes ahead of Drake and Jay-Z. File Photo by Jim Ruymen/UPI | License Photo

(L-R) Beyonce and Jay-Z sit courtside as they attend Game 7 of the best-of-seven first round playoffs between the Los Angeles Clippers and the Utah Jazz on April 30. File Photo by Jim Ruymen/UPI | License Photo

Sept. 28 (UPI) -- Sean 'Diddy' Combs has once again topped Forbes annual highest paid hip-hop artist list for the third year in a row ahead of Drake and Jay-Z.

The list, released Wednesday, has the rap mogul taking in $130 million for 2017 due to his various business ventures with Ciroc vodka, DeLeon tequila and Aquahydrate along with proceeds made from his Bad Boy Reunion Tour and for selling a portion of his Sean John clothing line for an estimated $70 million.

"I've always understood that if I give the customers my best and service them differently, whether music, clothing or vodka, I'll get a return on my hard work," Diddy said while speaking with Forbes.

Diddy topped the list in 2016 with $62 million and then $60 million in 2015. Were it not for Dr. Dre's big Beats payday when the headphone brand was sold to Apple, Diddy would be celebrating his fifth consecutive No. 1 win.

Drake comes in at second place having earned $94 million due to his Boy Meets World Tour, music releases such as Views and More Life and deals with brands such as Apple, Sprint and Nike.

In third is Jay-Z with $42 million followed by Dr. Dre with $34.5 million and Chance the Rapper with $33 million to round out the top five.