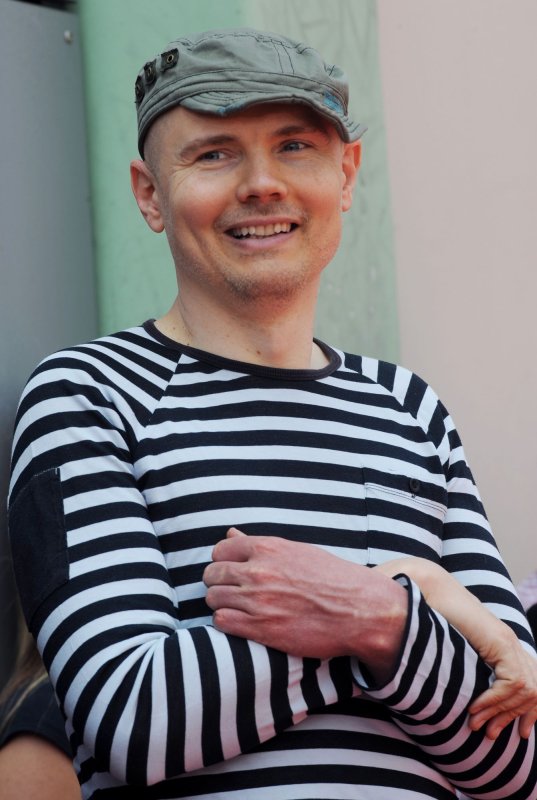 Billy Corgan, the lead singer of the Smashing Pumpkins, attends an unveiling ceremony where the rock band Rush was honored with the 2,412th star on the Hollywood Walk of Fame on June 25, 2010. Corgan is set to release a solo album titled "Ogilala." File Photo by Jim Ruymen/UPI | License Photo

The announcement was accompanied by the release of a single from the album, a piano-infused track titled "Aeronaut."

Corgan is releasing Ogilala under his under his full name, William Patrick Corgan.

"For as long as I can remember the delineation point between songs I wrote for myself and songs I'd pen for whatever band was something I couldn't explain. And it remains so, for they all feel quite personal to me, no matter their time or era. The lone difference on songs for Ogilala is that they seemed to want little in the way of adornment," he said about the album produced by Rick Rubin in a statement.

"Having written the songs for voice and guitar, I put myself in Rick's hands to take the music wherever he'd like. Normally I would have done more, and tinkered more on production, but rather Rick put the onus on me to deliver at a molecular level via live takes. The rest was simply a reaction," he continued.

Following the release of the album, Corgan will be embarking on a North American tour that begins Oct. 14 in Brooklyn at the Murmrr Theater and wraps up Nov. 11 in Los Angeles at the Masonic Lodge at the Hollywood Forever Cemetery.

Ogilala is the second solo album from Corgan following the release of TheFutureEmbrace in 2005.