Drake appears backstage during the annual Billboard Music Awards on May 21. Drake is no longer on the Hot 100 chart for the first time since 2009. File Photo by Jim Ruymen/UPI | License Photo

Drake was left off of the music chart after his two most recent Hot 100 tracks "Passionfruit" and "Signs," did not make the cut for the week ending Aug. 26, Billboard reported.

The rapper first appeared on the Hot 100 starting with the release of 2009's "Best I Ever Had" from his first album So Far Gone. Drake remained on the chart either through guest appearances or his own songs for eight years until now.

The 431 weeks is the most for any musician putting Drake ahead of others such as Lil Wayne, Rihanna, Nicki Minaj, Chris Brown and Jay-Z just to name a few. The 30-year-old also holds the records for most charted songs at 157, most entries on the Hot 100 by an artist in a single week with 24 and most consecutive weeks in the Hot 100's top 10 for a solo male performer with 51.

Drake recently announced during OVO Fest that he is currently recording a new album in Toronto, Vulture reported. Drake previously rapped about taking a break from the limelight on the song "Do Not Disturb" from his latest release, More Life.

"Maybe getting back to my regular life will humble me / I'll be back in 2018 to give you the summary," he rapped. 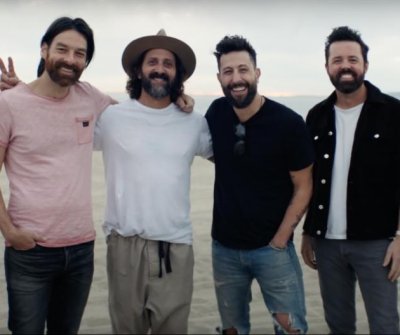 Music // 7 hours ago
Old Dominion shares 'Some People Do' music video
April 3 (UPI) -- Country music group Old Dominion released a video for "Some People Do," a single from its most recent, self-titled album.

Music // 7 hours ago
MTV launches 'Unplugged at Home' live stream series
April 3 (UPI) -- Alessia Cara performed "Rooting for You," "October" and "A Little More" during the first episode of "MTV Unplugged at Home."

Music // 9 hours ago
Bill Withers, 'Lean on Me' singer, dies at 81
April 3 (UPI) -- "Lean on Me" and "Ain't No Sunshine" singer-songwriter Bill Withers died at age 81 of heart complications.