Katy Perry says she feels 'so liberated' with short hair

Katy Perry attends the Costume Institute Benefit at the Metropolitan Museum of Art on May 1. File Photo by John Angelillo/UPI | License Photo

The 32-year-old singer discussed her new look and sense of freedom in an interview for the September issue of W magazine.

"Everything is more fun with short hair! I can just get up and go," Perry said. "I feel so liberated with this hair now. In general, I feel 360-degrees liberated -- all around. Whether it's politically, mentally, spiritually, sexually. I feel liberated from all the things that don't serve me.

"I'm surrendering and embracing my 30s," she added. "You couldn't give me anything to go back to my 20s. To get to this place, I had to do some much-need work on my heart, soul, mind, and body. Since doing that, a lot of beautiful things started to bloom again."

Extending the boundaries of print. Watch @KatyPerry's cover story and more of W's Special Collector’s September issue come to life with "Beyond the Page," our new augmented reality app (click the link in our bio to download, for iPhone and Android). Created in collaboration with @MillChannel.

Perry, born Katheryn Hudson, debuted her platinum-blond pixie cut in spring 2016. She confessed in a live-streamed therapy session on her YouTube channel in June that she cut her hair to feel more like her "authentic self."

"People talk about my hair and they don't like it, or they wish it were longer, and like, I so badly want to be Kathryn Hudson that I don't even want to look like Katy Perry anymore sometimes," the star told Dr. Siri Singh.

"That is a little bit of why I cut my hair, because I really want to be my authentic self, like 100 percent. So it hurts when I don't feel like I can," she said.

Perry released her fifth studio album, Witness, in June, and will kick off an accompanying tour Sept. 7. She told W she feels "both overwhelmed and loved" on tour because of her "beautiful" connection with her fans. 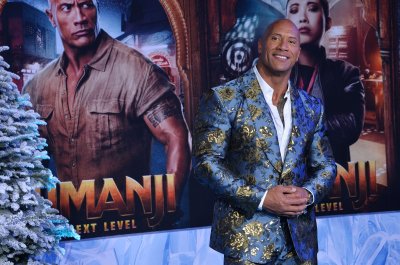