Katy Perry on Orlando Bloom split: 'No one's a victim or a villain'

The couple recently called it quits after more than a year of dating.

March 3 (UPI) -- Katy Perry says "no one's a victim or villain" in her split from boyfriend Orlando Bloom.

The 32-year-old actress spoke out on Twitter and debuted a new, platinum blonde pixie haircut Thursday after announcing this week that she and the 40-year-old actor are taking a break.

"HOW BOUT A NEW WAY OF THINKING FOR 2017?! U can still b friends & love ur former partners! No one's a victim or a villain, get a life y'all!" she tweeted to her 96.1 million followers.

The "Chained to the Rhythm" singer followed up by posting videos of her new, Miley Cyrus-esque look on Instagram. She confessed in one post that she "wasn't ready" to make the change until recently.

"cash me outside howbow dah S/O @mrchrismcmillan and @justinandersoncolor & @riderdyehair for that platinum status," she wrote before adding, "I WASNT READY TILL NOW" to another clip.

I WASNT READY TILL NOW

Perry and Bloom recently called it quits after more than a year of dating. The couple confirmed in a joint statement Tuesday that they're taking a break from their relationship.

"Before rumors or falsifications get out of hand we can confirm that Orlando and Katy are taking respectful, loving space at this time," the pair's reps told Us Weekly.

Perry and Bloom were last seen together Sunday at the Vanity Fair Oscar party. The singer released a new single, "Chained to the Rhythm," in February, while Bloom is slated for the movie Pirates of the Caribbean: Dead Men Tell No Tales. 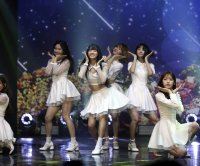 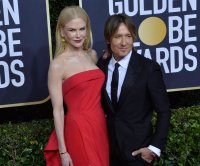