The couple confirmed their relationship in September following romance rumors.

The 23-year-old singer said in the April issue of Cosmopolitan that she "adored" the 25-year-old rapper before they even started dating.

"I met him when I was 19. We have loved and adored and respected each other since the beginning, since before we even met, just because we were fans of each other's talent. We weren't ready at all, though, to be together. It's just timing," Grande told the magazine.

"I never looked at love as something that I need to complete me," she added. "I would like to be complete on my own first and fall in love with somebody who is also complete. You can still celebrate and be totally obsessed with each other, but I want to feel a hundred percent myself so that I can love that person better."

Grande confirmed her relationship with Miller on The Ellen DeGeneres Show in September following romance rumors. Miller said the same month that the relationship blossomed after they collaborated on the song "My Favorite Part."

"We're very good friends first and foremost. We made that song and started becoming close again. It's very dope and I like how that worked out," he told People.

"We hung out for a long time and everything just happened organically. We love making music together -- we do that always. But she's my best friend in the world," the rapper gushed.

Grande released a music video this week for her single "Everyday," featuring Future, which appears on her album Dangerous Woman. Miller last released the album The Divine Feminine in September. 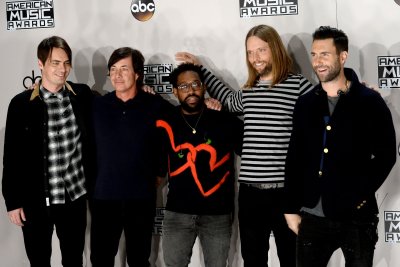