The couple called it quits in June after 15 months of dating.

Calvin Harris at the Billboard Music Awards on May 17, 2015. File Photo by Jim Ruymen/UPI | License Photo

Taylor Swift at the BMI Pop Awards on May 10. File Photo by Phil McCarten/UPI | License Photo

Taylor Swift at the Costume Institute Benefit at the Metropolitan Museum of Art on May 2. File Photo by John Angelillo/UPI | License Photo

LOS ANGELES, Sept. 8 (UPI) -- Calvin Harris says he was overwhelmed by the public's reaction to his split from Taylor Swift.

The 32-year-old Scottish DJ reflected on the media frenzy surrounding his split from the 26-year-old American singer in the October issue of British GQ magazine.

"It's very difficult when something I consider so personal plays out very publicly," Harris admitted. "The aftermath of the relationship was way more heavily publicized than the relationship itself."

"When we were together, we were very careful for it not to be a media circus," he revealed. "She respected my feelings in that sense. I'm not good at being a celebrity."

Harris and Swift had called it quits in June after 15 months of dating. The DJ called out Swift on Twitter the next month after she started dating Tom Hiddleston and revealed she had written his song "This is What You Came For."

"When it ended, all hell broke loose. Now I see that Twitter thing as a result of me succumbing to pressure," Harris explained. "It took me a minute to realize that none of that matters. I'm a positive guy."

"For both of us it was the wrong situation. It clearly wasn't right, so it ended, but all of the stuff that happened afterwards ... I was protecting my one talent from being belittled," he said.

Harris had accused Swift of trying to "make [him] look bad" and "tear [him] down" in a series of tweets about the songwriting reveal. He has since been romantically linked to actress Eiza Gonzalez, while Swift and Hiddleston split this week. 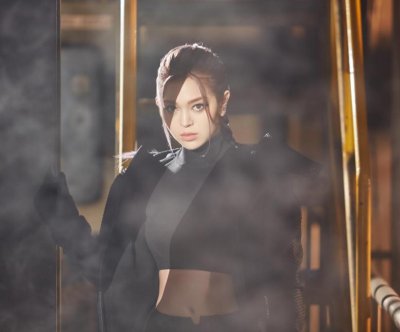