Rachel Platten on her success: 'It's been an amazing year'

The singer skyrocketed to fame last year, more than a decade after she released her first album.

The 35-year-old singer marveled at her journey to stardom Friday on the Today show after performing her hit single "Fight Song."

"Performing with Taylor Swift. Getting my album certified gold yesterday. There's many things that I dreamed about happening that happened. Having my own tour bus. Getting to meet incredible fans," she said. "It's been an amazing year."

Platten, who released her debut album in 2003, skyrocketed to fame last year after "Fight Song" became a smash success. The singer told host Tamron Hall the single "absolutely" stemmed from her own experience.

"I tried really hard to write a hit for a long time, and it didn't work," she said. "Finally, I realized I just needed to tell my story and be honest. 'Fight Song' is what came out. It was me trying to encourage myself to keep believing, even when things seemed totally impossible."

Platten released an acoustic version of "Fight Song" the same day to raise money for the National Compassion Fund. All proceeds will benefit victims and those affected by the Orlando shootings in June.

"Like the rest of the world, I was horrified by what happened in Orlando and I wanted to somehow make the tiniest bit of difference if I could," the singer told Entertainment Weekly.

"Fight Song" appears on Platten's most recent album, Wildfire, released in January. The record also includes the singles "Stand by You" and "Better Place," which Platten also performed on Today. 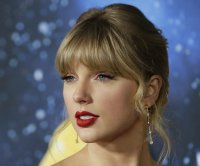 Music // 9 hours ago
Taylor Swift releases alternate version of 'The Lakes'
July 24 (UPI) -- Taylor Swift shared on social media an alternate, orchestral version of her song, "Lakes," in time for the first anniversary of her eighth studio album, "folklore." 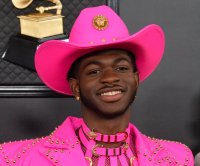 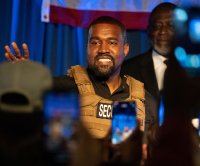