Meat Loaf arrives for the "An Evening with the Celebrity Apprentice" presented by the Academy of Television Arts and Science on April 26, 2011 in New York City. File Photo by Monika Graff/UPI | License Photo

LOS ANGELES, June 22 (UPI) -- Grammy Award-winning musician Meat Loaf is readying the release of his album Braver Than We Are for 429 Records.

The artist is once again working with his longtime collaborator, songwriter Jim Steinman. The album will be available digitally, on CD and vinyl in Europe on Sept. 9 and in the United States and rest of the world on Sept. 16.

The first single to debut on the radio, "Going All the Way," boasts a reunion with vocalists Ellen Foley and Karla DeVito decades after their first performances on the classic "Paradise by the Dashboard Light." The new single is available for purchase now at iTunes.

Music // 2 days ago
Taylor Swift releases alternate version of 'The Lakes'
July 24 (UPI) -- Taylor Swift shared on social media an alternate, orchestral version of her song, "Lakes," in time for the first anniversary of her eighth studio album, "folklore." 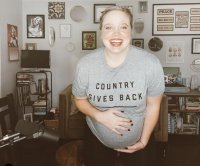 Music // 4 days ago
Rolling Stones to resume 'No Filter' tour in September
July 22 (UPI) -- The Rolling Stones announced rescheduled dates for the U.S. leg of their "No Filter" tour.
Advertisement