The couple announced their separation in September. 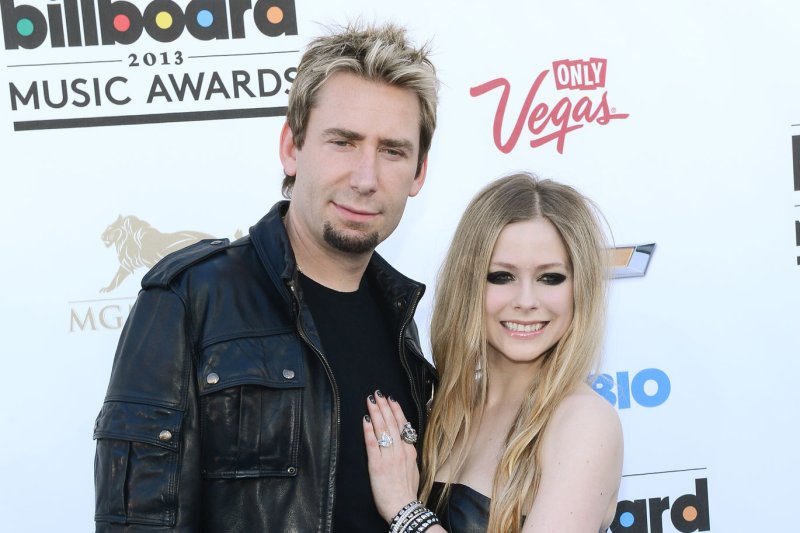 Avril Lavigne (R) and Chad Kroeger at the Billboard Music Awards on May 19, 2013. The estranged couple reunited in the studio this week. File Photo by Jim Ruymen/UPI | License Photo

The 31-year-old singer and 41-year-old Nickelback frontman reunited in the studio and shared photos of their cozy get together on Instagram.

Lavigne and Kroeger were joined by fellow musicians Zane Carney and Stephan Hovsepian. Lavigne didn't caption the pictures with her ex, but told fans she was "so stoked" to figure out her mandolin and learn to play a Dixie Chicks song.

The friendly reunion comes six months after Lavigne and Kroeger's separation. Lavigne, who was previously wed to Sum 41 frontman Deryck Whibley, announced her split from Kroeger in September after two years of marriage.

"It is with a heavy heart that Chad and I announce our separation today," she said at the time. "We are still, and forever will be, the best of friends, and will always care deeply for each other."

The estranged couple seemed equally chummy when they attended the Clive Davis pre-Grammy gala in February. The musicians walked the red carpet together at the event, and Lavigne later called the party a "lovely night."

Lavigne last released Avril Lavigne in 2013 and is working on her sixth studio album. The singer revealed she was diagnosed with Lyme disease in April after alluding to "health issues" in late 2014.

Kroeger, meanwhile, released his eighth studio album with Nickelback, No Fixed Address, in 2014. The band kicked off on their accompanying world tour in February 2015, but were forced to delay the European leg until this September.