The Artist to Watch trophy went to Fetty Wap for "Trap Queen" and the prize for Video with a Social Message was presented to Big Sean, Kanye West and John Legend for "One Man Can Change the World."

Scott, who told Variety he was inspired by the test-color bars that years ago appeared on television screens when broadcasting ended for the day, also wore a similar, rainbow-hued suit to the awards ceremony, which was hosted by singer-actress Miley Cyrus. 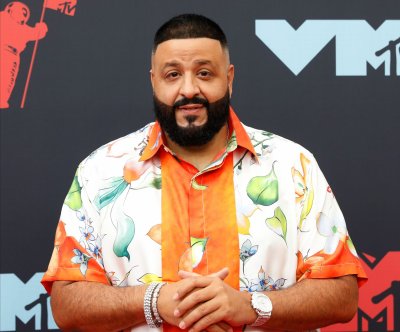 Music // 4 hours ago
DJ Khaled celebrates birth of second son: 'Another one!'
Jan. 21 (UPI) -- DJ Khaled took to Instagram after welcoming a baby boy with his wife, Nicole Tuck. 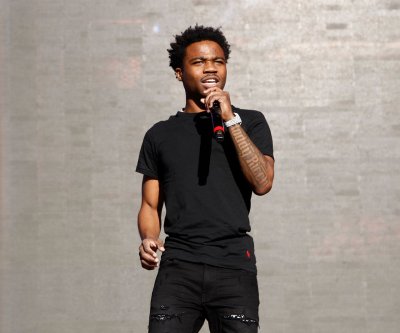 Music // 3 days ago
Roddy Ricch's 'Antisocial' tops the U.S. album chart
Jan. 18 (UPI) -- Rapper Roddy Ricch's "Please Excuse Me For Being Antisocial" is the No. 1 album in the United States this week.