The song is Lambert and Underwood's first duet. 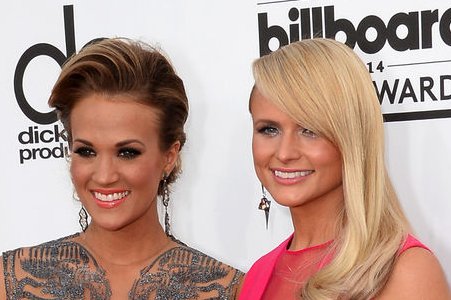 The country stars released the new music video Thursday. The video follows the singers as they dominate a poker table, ride motorcycles, rob a bank and vamp for mugshots.

The song appears on Lambert's new album Platinum, and is her first duet with Underwood.

"I thought, 'It'd be great if her and I can ever collaborate," Lambert recently told Rolling Stone Country. "'Somethin' Bad' came across and it just felt like the rock and roll edge that she and I have in some of our songs put it all into perspective ... I sent it to her and she said yes. It was that easy."